Are these Famous Belgians worthy?

Last month we had lots of suggestions but nobody really strong or worthy enough of being added.

This month we have had quite a few strong contenders, some of whom may be worth adding to the list. Visitors to www.famousbelgians.net will decide.

Posted by Marc Tielemans at 20:09 No comments:

Visitors to famousbelgians.net have been voting during May which people should be added to the list of famous Belgians. The results are shown below :

Kate Ryan comes out on top with 26 votes but that is not enough to be added to the list I'm afraid. More than 40 people thought nobody on the list was worthy and I quite agree.

For those of you who don't know Kate Ryan, she is a well-known Belgian singer who represented Belgium in the 2006 Eurovision Song Contest. Sadly, she didn't get through to the Final. Her official website is http://www.kateryan.be/. She recently recorded a modern version of France Gall's song "Ella, elle l'a" which did quite well and is not a bad dance tune. 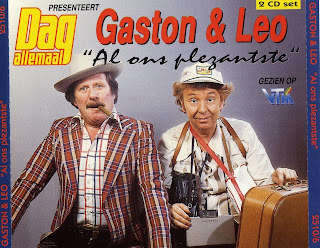 Leo Martin (left in the picture) is a comedian from Antwerp who sadly died in 1993. He was one half of the massively popular comedy duo "Gaston en Leo" (Gaston Berghmans en Leo Martin), the Belgian equivalent to the British comedy duo Morecambe & Wise. Their most famous sketches were "Joske Vermeulen" and "De Gouden Leeuw". If you don't speak Dutch/Flemish you probably won't find it funny but it is hilarious if you understand the language. When Leo Martin died from lung cancer, it was a huge blow for his partner Gaston and he never really recovered from it. He is now 83 and, I suspect, still misses him terribly.

Technotronic are best known for their massive 1989 worldwide hit "Pump Up The Jam" which was No 2 in the UK charts and No 2 in the US Hot 100.

I will be compiling a new list of candidates this week from suggestions sent in by visitors last month. There are some interesting ones this time and hopefully some of them will receive a few more votes. Check the blog next week to see the new list.

Famousbelgians.net has now been upgraded

Well, it has taken several months, but the website has now been revised and updated with lots of new information and features. I hope you all like it ... if you have any comments, I'd be delighted to hear from you.

There is now a Top 10 of Famous Belgians. This will be updated monthly. Please let me know what your personal Top 10 is.

There is also a new section which lists the new names that have been suggested by visitors to the site. It's up to you to decide if they are worthy of being added to the main list of Famous Belgians.

Navigation has been dramatically improved and it should now be very easy to find what you want. You can browse the list either alphabetically or by category, or you can just type a name in the Google search box at the bottom of every page. This will search the whole of www.famousbelgians.net and get you to your target quickly.

Virtually every Belgian now has his/her picture included so you can see what they look like (or looked like if they are no longer alive!).

And most importantly, there is this blog. I hope you will find it interesting, I will be posting articles here on a regular basis. 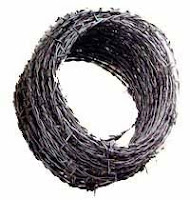 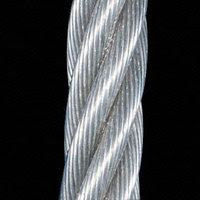 For more Famous Belgians, go to my website www.famousbelgians.net
Posted by Marc Tielemans at 19:20 No comments:

The birth of a new Blog

I have finally been dragged into the 21st century and persuaded by visitors of www.famousbelgians.net that a Blog is an essential tool to improve communication and encourage people to come back for more information.

So, from now on, I will regularly update this Blog and enlighten you with information about all things Belgian and, in particular, about that rarest of breed, the Famous Belgian ...

Happy reading !
Posted by Marc Tielemans at 21:41 No comments: